Everyone at Sign2Day hopes you have a safe and happy Halloween. We also hope the scariest things are the costumes and decorations, NOT your company’s marketing materials!

Some business owners this business cards in one font and color and a website in different colors and bad images are just fine. We in the marketing industry would be less horrified by zombies clawing up through a cemetery, because inconsistent branding is among the scariest things we can imagine. 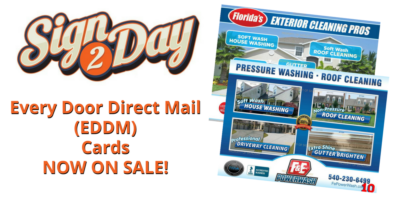 Creating and using custom marketing materials are the best ways to help current and future customers feel good about putting their trust and money in your hands. These materials include a professional logo, direct mail cards, a vehicle wrap, yard signs, thank you cards, door hangers, brochures, vendor displays, business cards, marketing folders (for pricing sheets) and more. Basically, if you have a marketing need, the experts at Sign2Day can help create it and even help with distribution — in the case of direct mail pieces. 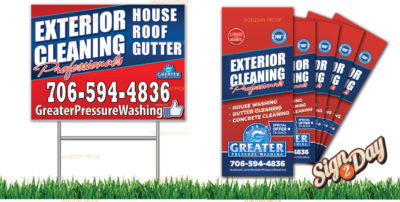 While you’re gathering up your marketing materials and deciding whether the Sign2Day pros need to do a complete makeover or just add a few pieces to your arsenal, enjoy this Halloween trivia.

Why are pumpkins part of Halloween?

A: Pumpkins are actually indigenous to the Western Hemisphere and have been found on the continent for thousands of years. Pumpkins entered into the Halloween celebration after Irish immigrants came to America and found that pumpkins were easier to carve than potatoes for the holiday.

When did the Jack-’o-lantern become part of the autumn celebration?

A: Jack-’o-lanterns have been around for hundreds of years. The legend is of a man named Jack, who according to legend, invited the devil for a drink. Jack did not want to pay for his drink, so he made a deal with the devil. The devil turned himself into coins, but instead of paying for the drink, Jack kept the coins. Later freeing the devil, he promised to change him back if he did not steal his soul. Upon Jack’s death, God would not let him into heaven because of his past and the devil would not let him into hell. Instead, the devil gave Jack a piece of coal, which Jack placed into a turnip. The legend goes that Jack used the turnip and coal to light his way as he looked for a final resting place. The original jack-’o-lanterns in Ireland were carved out of turnips or potatoes.

Who is responsible for bringing Halloween to America?

A: Halloween is mix of traditions from Celtic, Catholic and Roman religious rituals. Celts would dress in costumes and light bonfires to ward off ghosts, thought to return on Halloween. The Celts believe that the boundaries between the living and the dead blurred on Halloween, making it easier for ghosts and spirits to return to cause mischief.

How did ghosts become part of Halloween?

A: Most cultures and civilization contain some sort of stories about spirits, many of whom return from the dead. According to legend, ghosts are “specters” and belief is based on the thought that a person’s spirit lives on after their death. Places or structures that are haunted by ghosts are thought to have some sort of connection to the ghost’s past.

How did costumes become part of the holiday?

A: Costumes were first worn to tell each other’s fortunes and for protection against evil spirits. The first costumes in Ireland were made of animal heads and skins. The modern celebration of Halloween still involves costumes, but many are not as creepy or scary as the first.

Did Trick-or-Treat start in America?

A: Trick-or-treating for candy and prizes is a common tradition in the United States. A predecessor of trick-or-treating is a Scottish and Irish practice called “Guising,” where children went from door to door in costumes collecting coins and food. Children would only receive the prize if they did a “trick” such as song or dance, before the treat was given.

How much candy is given out on Halloween?

A: One quarter (600 million pounds) of all of the candy sold in the United States every year is purchased specifically for Halloween. Ninety million pounds of that is chocolate.

Contact us today to talk about the marketing materials that will take the horror OUT of your brand. Our designs can give you and your business a giant leap forward in the minds of customers, showing that they hired the right company. We look forward to working with you and helping you grow your business.

Our primary goal is to be sure you have the highest-quality marketing tools, at the best price.

How Can Sign2Day Supercharge YOUR Business?